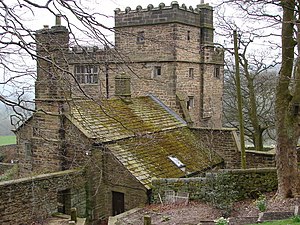 From Thornfield Hall to Marsh-End

This article continues from “A Heroine’s Quest for Home, Part One: From Gateshead to Lowood”
“He is not to them what he is to me,” I thought: “he is not of their kind. I believe he is of mine;—I am sure he is—I feel akin to him—I understand the language of his countenance and movements: though rank and wealth sever us widely, I have something in my brain and heart, in my blood and nerves, that assimilates me mentally to him.”

In this series of articles, I take a look at the story of Jane Eyre

, one of my all-time favorite novels, by reviewing the various periods of Jane’s life as phases of a journey. Following her time at Lowood School, Thornfield Hall is the second stop of Jane’s journey. It is here that Jane experiences a new type of servitude – one in which she willingly and joyfully serves someone she loves. While being put to use immediately as a governess, more importantly she is directly useful to Rochester on numerous occasions, beginning with her first encounter with him. On this occasion, Rochester tells Jane, “Necessity compels me to make you useful.” After she saves him from the fire, he tells her, “I knew you would do me good in some way, at some time.” It is also at Thornfield that Jane first experiences a sense of home, for as she expresses it, “[t]here is no happiness like that of being loved by your fellow-creatures, and feeling that your presence is an addition to their comfort.” Jane’s absence from Rochester for a month makes her realize how much he and Thornfield mean to her. Upon her return, she admits to him, “I am strangely glad to get back again to you; and wherever you are is my home – my only home.” This is a feeling completely new to her, thus her use of the word strangely. Notably, Jane identifies Rochester, not Thornfield, as being her home, because Thornfield Hall is later destroyed.

But Jane’s quest is not yet over; she still needs to achieve independence. Ironically, in her attempts to become independent, she inadvertently undermines her union with Rochester. In her article, “More True Than Real: Jane Eyre’s ‘Mysterious Summons,’” Ruth Yeazell explains:

Anxious to free herself from monetary dependence on Rochester, she determines to write to the wealthy uncle in Madeira […] and it is this effort to obtain ‘independency’[…] which results in Mason’s interference with the impending marriage.

Although Rochester offers Jane his love, their relationship would be one of dependence, not equality. In her essay, “Two Crises of Decision in Jane Eyre,” Maria Yuen describes this as “Rochester’s attempted violation of her sense of self.” By becoming his mistress instead of his wife, she would demean herself. Rochester himself admits, “Hiring a mistress is the next worst thing to buying a slave: both are often by nature, and always by position, inferior.” After twice experiencing imprisonment – first at Gateshead and again at Lowood – Jane must flea Rochester in order to preserve her freedom. In chapter 27, Jane describes to her readers the dream in which she receives the actual call to leave Thornfield:

She broke forth as never moon yet burst from cloud: a hand first penetrated the sable folds and waved them away; then, not a moon, but a white human form shone in the azure […] It spoke to my spirit: immeasurably distant was the tone, yet so near, it whispered in my heart – ‘My daughter , flee temptation!’

Jane answers, “Mother, I will,” and in response to this mystical call, departs to an unknown life. Her departure from Rochester is critical, because it eventually results in gaining her independence, not only financially but also spiritually.

The last new community in which Jane finds herself is with the Rivers at Marsh-End; here she experiences the satisfaction of discovering family. Before even meeting the Rivers, she somehow feels a connection with them. As she watches them through a window, she thinks to herself, “I had nowhere seen such faces as theirs: and yet, as I gazed on them, I seemed intimate with every lineament.” When she eventually discovers that they are actually related to her, she rejoices, saying, “I am resolved I will have a home and connections.” It is also during her stay at Moor House that Jane becomes financially independent, so she has taken another significant step towards achieving her goals. Additionally, her position as a teacher gives her the satisfaction of being useful once again.

However, without the love of Rochester, Jane’s life holds little meaning. At this point, it is as though she had gone two steps forward, but one step backward. She has achieved both a sense of belonging and independence, but she is not yet truly home. Consequently, Jane receives another mystical call (whether audible or imagined she is uncertain), and when she hears the beloved voice of Rochester, she must heed his call. It is this last call to depart that eventually leads her back home.