Adoniram Judson, Devoted for Life: To the Golden Shore

To the Golden Shore: The Life of Adoniram Judson

There were two worlds, two lives, for each person: this one– brief, narrow, finite; and the hereafter– eternal, limitless, infinite. Fame, to mean anything, should go with one into the next world, where one could enjoy it perpetually.

The motto of every missionary, whether preacher, printer, or schoolmaster, ought to be “Devoted for life.”

I always find biographies on the lives of missionaries to be fascinating, moving, and inspiring, and Courtney Anderson’s biography on Adoniram Judson, To the Golden Shore, is no exception. Adoniram Judson (1788-1850) was sent to Burma (now Myanmar) as the first American foreign missionary in 1812 (at least, the first to be formally sent by an organization; see article below). He traveled there from Salem, Massachusetts, with his wife Ann (or Nancy, as she was commonly called) accompanied by fellow seminary student Luther Rice, and another couple, the Newells. Judson remained in Burma for 33 years before returning to the United States due to health issues facing his family, but after a year he went back to Burma, where he finished his last four years on this earth. Anderson’s account of Judson’s life and work is not only compelling, but also well-researched and well-written.

As the firstborn son of a stern Congregationalist minister, the precocious young Adoniram exhibited exceptional intelligence and giftedness early on in the areas of mathematics, logic, languages, and rhetoric, his father was convinced that Adoniram would become a great man one day and told him so. But Adoniram faced a dilemma:

He had always wanted to be truly religious. He had been learning the lessons of religion since he first understood words. Yet how could he be religious and accomplish any ambition in this world. There was a terrible contradiction here…In a flash of inner anguish, he saw that he did not really want to be a Christian at all, for being a Christian stood in the way of his being a great man. Yet his father, a Christian…had predicted that he would be a great man, and encouraged Adoniram’s ambitions; and ever since Adoniram could remember he had set himself to fulfill his father’s prediction.

Adoniram began questioning the religious beliefs he had been taught at the age of 16, just before entering Harvard College. His doubts resulted in a rejection of his parents’ rule and religion and an abandonment of true Christianity for Deism, which nearly broke his parents’ hearts when they learned of it three years later. But God used providential circumstances to get Adoniram’s attention and to turn his heart back to Himself, at which time he”banished forever those dreams of literary and political ambition in which he had formerly indulged, and simply asked himself, How shall I so order my future being as best to please God?” He describes the call of God to be a missionary as follows:

It was during a solitary walk in the woods behind the college, while meditating and praying on the subject [of being a missionary], and feeling half inclined to give it up, that the command of Christ, ‘Go into all the world and preach the Gospel to every creature,’ was presented to my mind with such clearness and power that I came to a full decision, and though great difficulties appear in my way, resolved to obey the command at all events.

After reading a book which described Burma as a very literate and advanced nation, welcoming to outsiders, but a land of Buddha-worshipers, Adoniram saw it as a place ripe for the harvest and felt compelled to take the Gospel of Jesus Christ there. As he shared his enthusiasm with his fellow seminary students, he found others who were excited at the prospect of being foreign missionaries as well. But how and where would they go, and who would send them? For there were no foreign missions organizations in the United States at the time. Eventually a sending organization was formed by the Congregationalist churches, calling itself The American Board of Commissioners for Foreign Missions.

While deep in his studies en route to Burma, Adoniram became convinced that believer’s baptism, and not infant baptism, was what the New Testament taught. His wife and Luther Rice became persuaded as well, and all three were baptized in India. This caused a bit of a problem because now they were Baptists, but their support was coming from the paedo-baptist Congregationalists. A Baptist mission society was quickly formed in New England and took on the Judsons, while Rice, upon returning to America due to poor health, became instrumental in organizing more Baptist societies for foreign missions throughout the Union.

As they made their way towards Burma, the Judsons began to learn that most of the positive aspects of Burma that Adoniram had read about were not accurate. In reality, the government was corrupt, the ruler a despotic tyrant, the laws oppressive, and the Burmese antagonistic towards foreigners. Not only had two missions already been unsuccessfully attempted by British missionaries, but to propagate the Christian religion would likely put the missionaries’ lives at risk of imprisonment or even death. The Judsons were strongly discouraged from going to Burma by everyone they spoke to on the way. But a series of events during their problem-ridden voyage east convinced the Judsons that Burma was where the Lord was sending them. “Nancy and Adoniram had come to regard a mission to Burma ‘with feelings of horror,’ but it was beginning to seem almost as if their destiny were linked in some strange way with that terrible Golden Kingdom.” Adoniram’s ambitious nature came into play as he realized that the Bible had not yet been translated into Burmese: “There would have to be a Burmese Bible before Burma could become Christian. Adoniram wanted to be the one to provide it… the first to give the Scriptures to a great nation.” So they became determined to take the Gospel to the Burmans, for, Nancy wrote,

Why should we be unwilling to part with a few fleeting, inconsiderable comforts, for the sake of making them sharers with us in joys exalted as heaven, durable as eternity! We cannot expect to do much, in such a rough, uncultivated field; yet, if we may be instrumental in removing some of the rubbish, and preparing the way for others, it will be a sufficient reward.

So, knowing that they could anticipate little success, and in spite of being “dissuaded by all our friends at Madras, we commended ourselves to God, and embarked,” remarked Adoniram.

There was much to learn, overcome, and adjust to when the Judsons finally arrived in Rangoon, Burma, in July 1813. There were of course the unfamiliar eastern culture and customs, the superstitious beliefs of the people, the poverty, and a foreign language to be learned. For the next 13 years, together Adoniram and Nancy would dedicate themselves to building relationships with the people, learning Burmese, teaching and translation work, interfacing with government officials, and raising a family. During these years, they suffered the heartache of losing more than one child, government persecution, Adoniram’s 18-month imprisonment, terrible illness, poverty and starvation. Anderson describes one such time during Adoniram’s imprisonment:

His daughter was starving before his eyes; Nancy was nearly dead; his translation was lost; he himself was marked for death. The thought of death was tolerable. But the indignity, the protracted petty misery of day to day, were not. Merely to drag out a few hours more of life he had to meet the daily extortions of the jailers…He knew there must be a just Plan and a loving Planner in all that was happening. Everything was no doubt for God’s good purpose. But his finally rebelling mind refused to accept it…But he did not quite give up. Every day he somehow took up the battle to stave off death.

However, there were also successes and triumphs along the way: by 1823 Adoniram had completed a translation of the New Testament in Burmese, and 18 Christian converts had been added to their number. Then after Nancy’s death in 1826, Judson went through a dark period of soul-searching, guilt, self-denial, and seclusion. However the Lord was not yet finished with Adoniram; more suffering lay ahead, but also much more to accomplish for the kingdom of Christ. Adoniram began to sense a growing interest among the Burmese, and in the year 1831 he witnessed 217 baptisms, bringing the total number of converts to 373. Remaining tirelessly committed to his life work of translation, Judson completed the whole Bible in 1834, and later, the first Burmese-English dictionary. 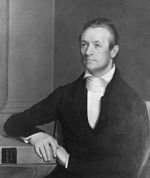 Anderson’s biography of the life of Adoniram Judson (not to mention his three amazing wives!) describes the faith, commitment, and perseverance, accompanied by pain, tragedy, and heart break, that would result in establishing a lasting Christian presence in the dark land of Burma. At his death, Adoniram left about 100 Baptist churches in Burma; today there are reported to be over 5,000 Baptist churches in the Buddhist nation of Myanmar.

I pray that on my deathbed I’m able to echo the sentiment Adoniram Judson expressed to his wife about two weeks before he died, which remind us of Paul’s words to the Philippians (1:21-24):

It is not because I shrink from death that I wish to live; neither is it because the ties that bind me here, though some of them are very sweet, bear any comparison with the drawings I feel at times toward heaven. But a few years would not be missed from my eternity of bliss, and I can well afford to spare them, both for your sake and the sake of the poor Burmans. I am not tired of my work, neither am I tired of the world. Yet when Christ calls me home, I shall go with the gladness of a boy bounding away from his school. Perhaps I feel something like the young bride, when she contemplates resigning the pleasant associations of her childhood for a yet dearer home — though only a very little like her, for there is no doubt resting on my future.

To the Golden Shore is a biography that I’ve included on my list of books I feel every Christian should read.

2 Responses to Adoniram Judson, Devoted for Life: To the Golden Shore